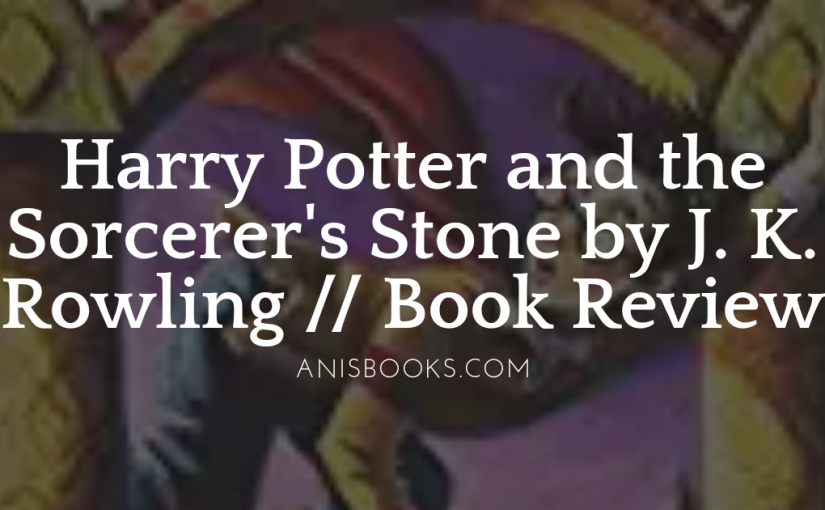 Harry Potter has no idea how famous he is. That’s because he’s being raised by his miserable aunt and uncle who are terrified Harry will learn that he’s really a wizard, just as his parents were. But everything changes when Harry is summoned to attend an infamous school for wizards, and he begins to discover some clues about his illustrious birthright. From the surprising way he is greeted by a lovable giant, to the unique curriculum and colorful faculty at his unusual school, Harry finds himself drawn deep inside a mystical world he never knew existed and closer to his own noble destiny.

And so begins the number one best selling children’s book series in literary history. Having an estimated $15 billion net worth and over 500 million books in print worldwide, Harry Potter has become the most beloved book series of all time. Originally written for children, this series didn’t stay that way for long–people of all ages have read, enjoyed, and fallen in love with this series.

Harry Potter and the Sorcerer’s Stone is the most popular book in J.K. Rowling’s series by far–selling over 120 million copies since its release in 1997 (compared to the other books’ 65 million each).

I was beyond excited to read and review this book, because of all the rave reviews and crazy statistics I had heard! However, before I start my review, I must address the elephant in the room, so I can get it over with…

There is a big debate going on, about whether or not the witchcraft in the books is wrong. Some people claim that the novels contain Satanic or occult subtext, while others claim the magic resmbles that of fairy tales or the work of authors such as J. R. R. Tolkein and C. S. Lewis. I have heard countless people compare the witchcraft in Harry Potter to the witchcraft displayed in The Chronicles of Narnia by C. S. Lewis.

However, as a reader of both the Harry Potter series and The Chronicles of Narnia, I strongly disagree with this statement because I don’t think the magic in Harry Potter can even be compared to the magic in Narnia, because it is completely different. For one, the main theme in Harry Potter is witchcraft, while the witchcraft in Narnia is only a sub-theme. Also, while the author of Harry Potter claims Christianity was her biggest inspiration in writing the books, C. S. Lewis wrote his books as an actual allegory of the Bible–and there are parallels to the Bible throughout each and every book.

However, if people are going to say that the witchcraft in Harry Potter is comparable to the witchcraft in Narnia, I can argue that Harry Potter is comparable to child fairy tales such as Cinderella. The godmother puts a spell on Cinderella to make her un-recognizable by her step-family. In Snow White–the first Disney princess to be made into a movie–a witch puts a spell on both herself and an apple. In Beauty and the Beast, a spell is put on the prince to make him a beast. And the list goes on. I mean if you want to debate what the magic in Harry Potter is likened to, you are going to find all sorts of comparisons. In that case, I believe both sides of this debate have valid facts and arguments and there is truth in both sides.

All this being said, I do not believe the Harry Potter series is wrong, and in fact I believe many good lessons can be learned from the adventures and lives of all the characters in Harry Potter. In the end though, each person and reader is going to have to make the decision for him-or-her self based on their own beliefs and convictions. And really, we don’t have to turn this into such a big argument in the first place. I mean read the books or don’t–no one is being forced to.

Okay. Phew. That elephant is out! Now–finally–onto my much anticipated review of Harry Potter and the Sorcerer’s Stone! Without further adu…

I was not disappointed by the first book at all. I was soon sucked into the stoy and fell in love with the characters. J. K. Rowling is a phenomenal author and sure knows how to write a book for all ages. As I stated earlier, the Harry Potter series was originally written for a child audience, yet, the author wrote in such a way as to appeal to all ages. The words and phrases and verbs that she uses are placed so perfectly, that the stories are simple enough for younger children to understand them, yet complex enough to entertain adults.

The characters, as well, are so beautifully created. Each of them are so relateable that every reader can find one that is like them. From Hermoine who is smart, bossy and sassy but has a great heart, to Ron who is quiet, yet funny and brave.

Harry Potter: The savior. The chosen one. The celebrity in the wizarding world. Harry Potter, spends 11 years of his life being ignored and taken advantage of, then in one short week discovers his hidden past and is quickly thrust into the spotlight. Because of this unusual start and being ignorant to his destiny for so long, Harry is not the typical celebrity. He doesn’t care that he is famous and the chosen one. he doesn’t even care that his name has been whispered and celebrated since his birth. He is humble and a bit shy, but his courage and determination out-weigh every other classmate in Hogwarts.

Hermoine Granger: Oh boy–Ms. Hermoine…She is not the typoical girl. She might be very smart–and knows it–and sassy and stubborn, but she isn’t afraid of anything and won’t let her gender stop her from accompanying the boys on every adventure. She also has a great heart and is very loyal.

Ron Weasley: Who can’t like Ron! He is so cute and funny, and befriends Harry quicker than you can say “Rumplestilskin”.

Draco Malfoy: Every good story needs a bully to spice it up. And Draco Malfoy is the perfect bully. He is someone who causes fear among fellow classmates, and rivalry between houses. He is what every bully in every story should be like. He acts so tough and un-crackable on the outside, but underneath, he is much weaker than he looks.

Severus Snape: Without spoling anything, I will just say, Snape is one mysterious and confusing fellow.

Hagrid: Literally just one giant marshamllow. His appearance may be frightening, but underneath all of that, Hagrid’s heart is as soft as mush.

I can’t say too much about the plot, because I do not want to give away anything to those of you who have not taken the time to read the books yet. But I will say, the plot in Harry Potter and the Sorcerer’s Stone unravels rapidly. As soon as Harry arrives at Hogwarts, many twists and turns are thrown in. The house-sorting, Hogwarts classes, Malfoy squabbles, late-night adventures, detention, Quidditch match, and more. J. K. Rowling doesn’t waste any time getting into the heart. However, she does not do it in a way that makes the plot hard for the reader to follow. The entire book was very easy to follow and read, and by the time i finished, i had already fallen in love with the Harry Potter world. I love all the exchanges between Ron and Hermoine. They kept me laughing the whole time.

Being introduced to the school of Hogwarts was amazing. All the magic it possesses is enough to make any reader long to visit as much as Narnia. I’ve always wanted to step into a wardrobe and enter Narnia, but now I also want to run into a brick column and enter Hogsmeade!

I loved the whole house-sorting aspect as well. It made me feel like I had joined a family. Each house (Gyffindor, Hufflepuff, Ravensclaw, and Slytherin) has their own unique traits–strengths and weknesses–so as to make each house relateable to the reader in its own unique way.

Overall, I think Harry Potter and the Sorcerer’s Stone is a phenomenal start into the wizarding world of Harry Potter. I can not wait to review all the other books in the series!